skip to main | skip to sidebar

This blog is on the move!

I am continuing this blog at a new service provider. This site will remain open for archive purposes, but you can also find all the past posts from here alongside the new ones from February 2009 if you click here.
Posted by Chris Dalton at 1:28 pm 8 comments:

It grows on you 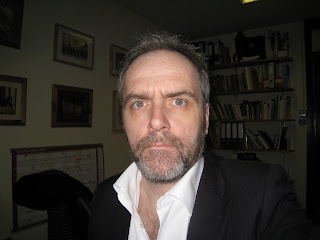 With such a long winter break at Henley there has been, among some of the male members of faculty and staff, an inevitable giving in to the temptation to continue the process of 'letting one's hair down' when on holiday into the new working year. The appearance of several new beards (though, in the case of Emilio Herbolzheimer, the disappearance one) has caused some amusement - as you can you see.
Posted by Chris Dalton at 10:16 am 8 comments:

Pictures of the sunset at Henley this evening 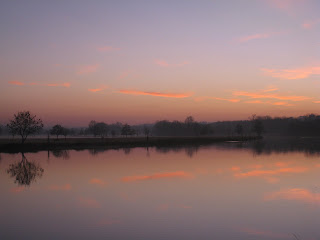 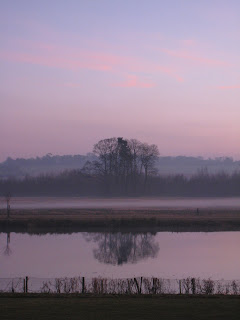 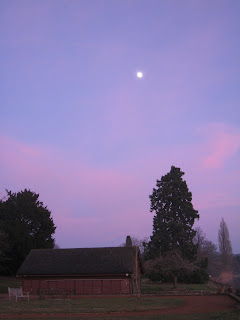 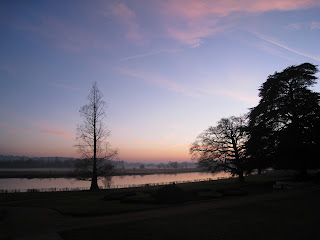 A bit foreword of me?

The other day, while out walking the dog, I found myself composing a temporary foreword to my PhD in my head. I'm not sure why, except that it felt useful to try and set some boundaries for what might otherwise stray off into endless meandering.

It's amazing how words can be put together so easily and sound so well composed in the confines of one's own head, and yet how difficult it is to bring them out on paper (or screen), where they appear tangled, jumbled and inarticulate.

Although there are surely many others, once complete I see this work serving three purposes:

"If we knew what it was we were doing, it would not be called research, would it?" (Albert Einstein)

Yesterday I attempted, and failed, to get to the Reading Whiteknights campus without getting lost. My third attempt to do it seamlessly. I am, however, picking up a fairly well mapped knowledge of the suburban side streets of east Reading. The reason for going over there was to join colleagues from Greenlands (we must nowadays avoid saying "from Henley" in the context of meetings within the Business School) in a research awayday - our first stab at bringing the two faculties together to discuss a research agenda.

It's not going to be all plain sailing.

If Henley (here I use it to mean the College) was known at all for research, it was best known for either the type of faculty-led enquiry that is likely to lead to practitioner adoption, or the type of practitioner-led problem that required more rigour in investigation than most companies are prepared or equipped to do. This is sometimes referred to as "Mode 2" research.

Reading was, and is, very well known in the circles that know these things for its "Mode 1" research agenda, which is driven by successful applications for grant monies from public bodies and measured by the amount which reaches publication in the 4 and 5-star refereed journals in the area of the research being carried out.

So which one rules? Or do you do both? These questions are not at all trivial because a lot of other things affect and are affected the direction you take. If publication is key for institutional and personal position and reputation, then those undertaking that type of research need the luxury of time and training to focus on it. If practical application and excellence in delivery are important, then other things follow.

The College faculty were most recently drawn up around five schools of thought leadership. These, of course, are not to be abandoned - they feed a lot into the MBA programme, for example, but they do need to adapt to whatever strategy for research that the new Business School decides to follow.

The Merger, which in many ways was always a good match, will find that the Devil is very much in the detail. It is actually quite exciting to be part of such a discussion. For many of the Greenlands faculty, the door to scholarship beckons, while for the Whiteknights faculty, there is a chance to bring their agendas face-to-face with end-user organisations and managers. Let's hope that both ends of the research continuum continue to be valued.
Posted by Chris Dalton at 4:35 pm 3 comments:

Here are 10 of my current favourite pieces of music; my version of an iTunes play-list. Most of them I can listen to again and again. In no particular order:

1. 'What Difference Does It Make?' - The Smiths
One of their best songs, showing the perfect mix of elements that made them special. I saw the Smiths play live twice, once at a university gig in Kent when they first made it big, and another at a GLC concert in London when they were at their peak.

2. 'Utru Horas' - Orchestra Baobab
I came across this track searching for some music to play alongside a PowerPoint presentation at Henley. It works so well because it can sit in the foreground and the background.

4. 'Into My Arms' - Nick Cave and the Bad Seeds
There are plenty of Nick Cave tracks that I like (love, in fact) and I not only think he is one of the strongest lyricists around but as a live band they are just about the definition of cool. This is one of his quieter tracks - a beautiful love poem.

5. 'Riders on the Storm' - The Doors
I love the polished menace in this song and have been able to listen without tiring of it since I was about 15.

7. '(Birtwistle's) Girl in A Shop' - The Fall
The fact that I don't usually have a clue what their songs mean doesn't mean that I don't enjoy hearing them again and again. This is my current favourite. I think the John Peel quote, "The Fall - always different, always the same" sums them up.

8. 'Fohat digs holes in Space' - Gong
This is from one of my most treasured LPs, "Camembert Electrique" and is for me the best track on the album,

Just completed my second Yoga class. It's much harder than it looks!

Actually, although it reveals one's own physical limits and imbalance in quite a cruel way, it's the extent to which it was mentally challenging that I found interesting. I think it could be a very long process to reach (in every sense) anything like competence in it, even after two sessions the effects are evident - more centred, more awake and (somewhat) in pain.

It has also got me thinking more about the question of mind versus matter, which has also surfaced lately in my reading for the PhD. Expect a blog entry on this once I get my ideas together.

At Henley, we're coming in to the last full week of work before Christmas. Quite a year.
Posted by Chris Dalton at 2:32 pm 1 comment:

Chris Dalton
I work at Henley Business School (formerly Henley Management College), one of the UK's best business schools. I am responsible for making sure that the distance learning MBA programme runs smoothly.